"It was good. That was a New Zealand record, so a best time and anytime you do a best time is a good time," Snyders said.

"It was good to back it up from last night. I was a little bit disappointed with the 100m final last night but that was a different day and a different swim."

Snyders now heads to Singapore to compete at the Singapore All Stars meet where the top eight swimmers in the world in each discipline have been invited.

He had to forgo the 50m breastroke final in Wellington in order to make his international schedule, as he's racing on Friday and Saturday in Singapore.

Meanwhile Fisher, from the local Capital club, set a world record in the heats of the 400m freestyle in 5:16.98, and went close to a second record in winning the 200m individual medley. 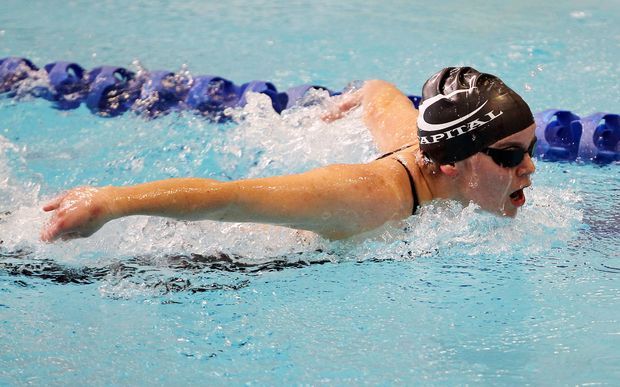 Fisher was slightly slower in the final of the 400m freestyle finishing in 5:20.10, but felt she was performing consistently.

"It was a seven second short course PB for me in the 400m this morning so that was really good. It wasn't quite as fast this evening but that's okay, it was still quite consistent and I backed it up which was nice to do," Fisher said.

She was just off world record time in the Para-Swimming women's 200m individual medley, winning in 2:51.54, which was just 27/100th of a second off her second world record of the day.

However the Olympic and World champion is targeting three further swims this week where she believes there is potential for further new world records.