The New Zealand triathletes Andrea Hewitt and Nicky Samuels have produced big performances to get on the podium at the ITU World Triathlon Series Grand Final in Edmonton. 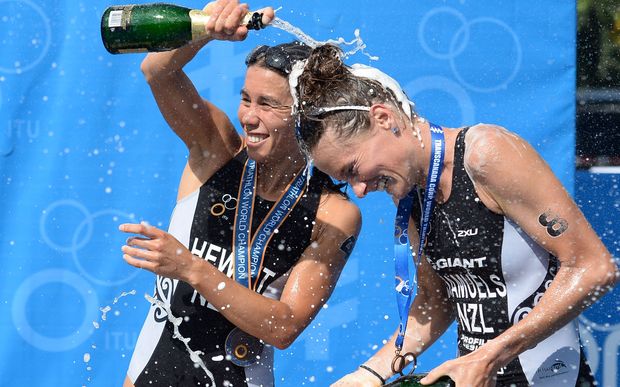 For the second week in a row the pair shared the podium, with Hewitt second and Samuels third behind the American, Gwen Jorgensen.

The New Zealanders sparked the race, leading from the front throughout and dominating on the run - that is dominating all but the American who came from more than a minute back to win gold.