New Zealand's domination of world rowing continues after the team capped its most successful World Championships by collecting another four medals on the final day in Amsterdam. 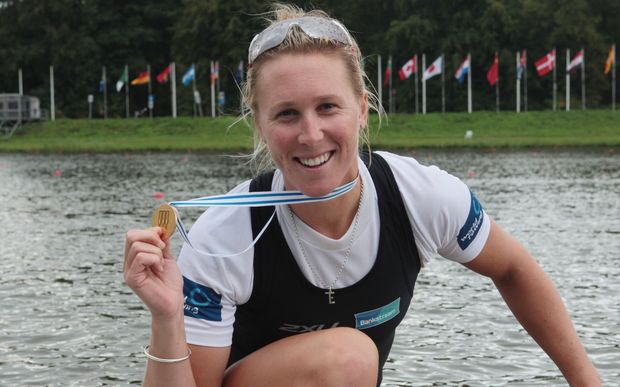 Single sculler Emma Twigg and the double of Zoe Stevenson and Fiona Bourke both won their first world titles to add another two golds to New Zealand's coffers.

Olympic men's single sculls champion Mahe Drysdale was second, while the men's lightweight four, who had a late change with Alistair Bond coming in for the injured James Lassche, also claimed silver.

That means the New Zealand team finishes the regatta with 9 medals, including 6 golds... the most gold medals New Zealand has ever won at a world champs.

On Saturday, the men's pair of Hamish Bond and Eric Murray won their second gold of the regatta, after storming to victory in the coxless pair. 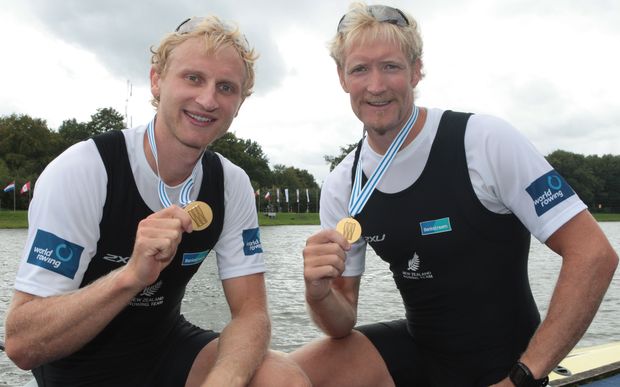 Hamish Bond (L) and Eric Murray after their win in the men's pair. Photo: PHOTOSPORT

After cruising to gold in the coxed pair for the first time, they were back to their dominating best in their signature event, beating the British crew by more than four seconds and extending their six year unbeaten run as a crew. 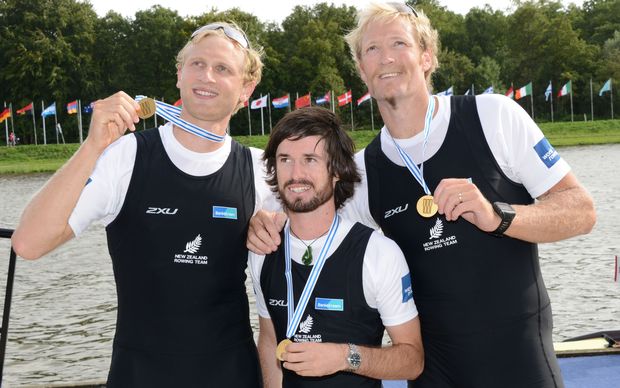 Other highlights included the women's lightweight double partnership of Julia Edward and Sophie MacKenzie, who raced to gold in world record time.