The All Whites striker Marco Rojas has been ruled out of next month's friendly against Uzbekistan. 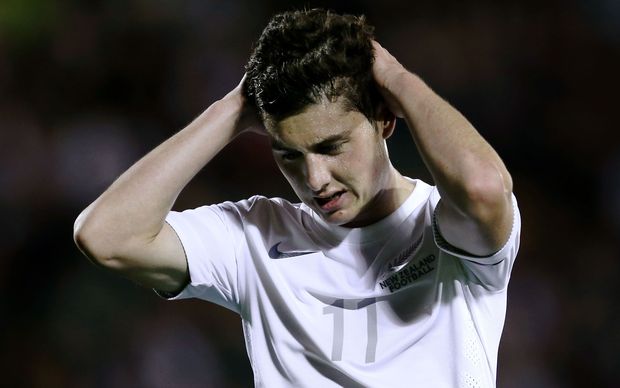 Rojas will play for his new German club Greuther Furth next Monday and All Whites coach Anthony Hudson feels his involvement in that match meant the turnaround was too tight to be involved in the camp Doha and the match in Tashkent on September 8th.

Hudson says their focus is on ensuring they have a squad full of players available to participate fully in the entire camp and build-up to the game against Uzbekistan.

The Wellington Phoenix defender Thomas Doyle has been called into the squad for the first time.

The 22-year-old says his life has changed in four months from being a university student to playing professionally to now representing his country.

Doyle, who signed for the Wellington Phoenix earlier in August, sees the trip to Doha and Tashkent as the perfect chance to add to his rapidly-growing reputation among the country's best players.

Doyle will link up with the rest of the New Zealand-based members of the All Whites squad who depart on Sunday for their training camp at the Aspire Academy in Doha.