The 34-year-old has a neck injury and will not take on the Warriors, deepening an injury crisis which has forced Henry to shuffle Brad Takairangi from centre to the back-row.

Henry says despite those woes, the Titans will need to lift from their disappointing display last weekend against St George Illawarra, particularly given the Warriors are still in the hunt for a top eight playoff spot.

Meanwhile Manly players have expressed shock and disappointment after learning stalwart Glenn Stewart has played his last game for the club.

Manly players have expressed shock and disappointment after learning stalwart Glenn Stewart has played his last National Rugby League game for the club.

Stewart, who will join South Sydney next season, had ankle surgery to day following a setback in his rehabilitation of an injury that has sidelined him since April. 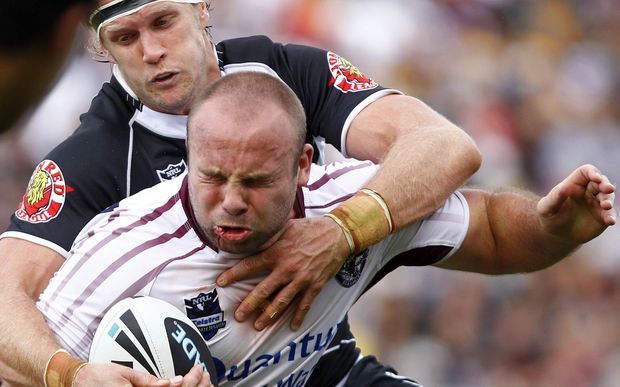 It was hoped the 30-year-old would get the chance to play in front of the Brookvale Oval crowd for the final time on Sunday afternoon against Penrith but Sea Eagles coach Geoff Toovey admitted he's unlikely to get the chance to select him again.

Close friend Steve Matai was bitterly disappointed for Stewart and paid tribute to his role in a hugely successful decade for club that produced two premierships in four grand final appearances.