Alexis Sanchez's first Arsenal goal earned his side a nervy 1-0 victory over Besiktas of Turkey in London to squeeze them into the European Champions League for the 17th consecutive season. 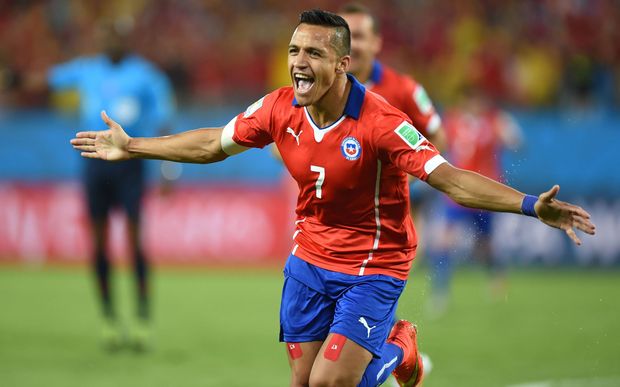 Chilean star Sanchez repaid the first instalment of his $60 million transfer fee by tucking away a low shot in first-half stoppage time, but the hosts' inability to kill the game off made for a night of nail-biting tension at the Emirates Stadium.

Mathieu Debuchy's dismissal for two yellow cards meant that Arsenal saw out the last 15 minutes with 10 men, but although a solitary goal would have been enough to send the Turkish side through after last week's goalless draw in Istanbul, the hosts held on for a 1-0 aggregate win.

Arsene Wenger's side, who lost to Bayern Munich in the last 16 last season, will discover the identities of their group-phase opponents in Friday's draw.

In Spain, Athletic Bilbao qualified for the group stages for the first time in 16 years after coming from behind to beat Napoli 3-1 and 4-2 on aggregate.

Napoli looked set for a third group stage appearance in four years when Marek Hamsik fired them into the lead just after half-time.

However, awful defending from Napoli presented Aritz Aduriz with two simple chances to put the Basques in front before Ibai Gomez sealed the tie with a calm finish.

Others to advance to the group stage are Malmo, Ludogorets and Bayer Leverkusen