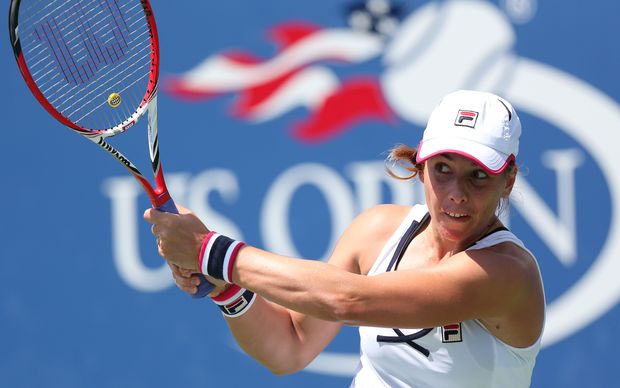 Marina Erakovic in her three-set loss to Elena Vesnina at the US Open Photo: PHOTOSPORT

The New Zealand tennis number one Marina Erakovic's US Open campaign is over after she bowed out in the second round of the doubles, a day after losing at the same stage in the singles in New York.

On Friday, Erakovic was beaten in three sets by the Russian Elena Vesnina, a player ranked 30 places higher than her.