The former Black Caps captain Daniel Vettori has ruled himself out of Northern Districts Champions League Twenty20 tournament starting in India next month due to family health issues. 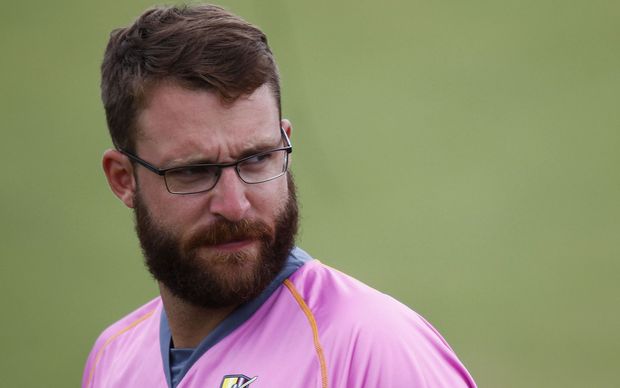 Vettori was named in to play for his domestic New Zealand side Northern Districts at the tournament, with the team in a qualifying group alongside the Lahore Lions, Mumbai Indians and Southern Express.

In a statement, Vettori says he loves playing for ND and to do so on a world stage would have been a real highlight.

New Zealand's star seam and swing bowlers Tim Southee and Trent Boult, part of Northern Knights' squad, leave on Saturday to head to a pre-tournament camp in Bangalore they will share with Mumbai Indians.

The Northern Districts chief executive Peter Roach says the franchise has begun the process of seeking a replacement for Vettori through the Champions League's technical committee.

The Knights are already without allrounder Corey Anderson, who chose to represent his IPL franchise the Mumbai Indians in the tournament.

The top two sides from the four-team round-robin qualifier will advance to the main draw, which is divided into two pools of five teams each.

He coached the Royal Challengers Bangalore during the 2014 IPL season but has not played a T20I for New Zealand since September 2012.