The New Zealand golfer Danny Lee has squandered an opportunity to make a big move up the standings in the PGA Tour's FedEx Cup, suffering a final round meltdown at The Barclays. 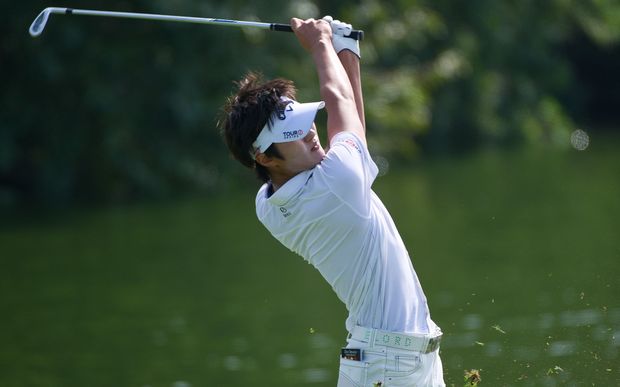 Starting the final round four shots off the lead, Lee got himself in contention with three early birdies to be one behind the leaders.

However, his round was derailed by a stretch of five bogey in six holes, including four in a row starting on the ninth hole.

Lee got one shot back with a birdie on 15 before bogeying the final hole to sign for a two over par 73 and a three under par total to tie for 38th.

The result is enough to lift Lee 20 places in the FedEx Cup standings to 96th and get him into the Deutsche Bank Championship in Boston next week.

The American Hunter Mahan won the event, shooting a final round six under par 65 to go to the top of the standings.