Formula One's governing body will take no action against championship leader Nico Rosberg despite Mercedes team-mate Lewis Hamilton accusing him of a deliberate collision at the Belgian Grand Prix. 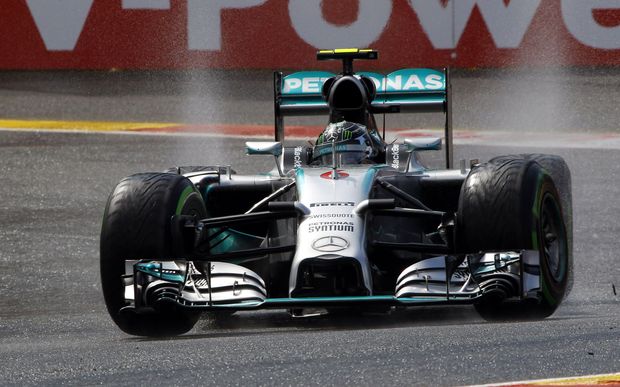 A spokesman for the FIA said it would require a 'new element' for stewards to open an investigation once the results had been declared official and Hamilton's post-race comments were discounted.

Hamilton had said after the race that Rosberg had admitted hitting him on the second lap during a failed overtaking manoeuvre to 'prove a point'.

Rosberg said it had merely been a racing incident. 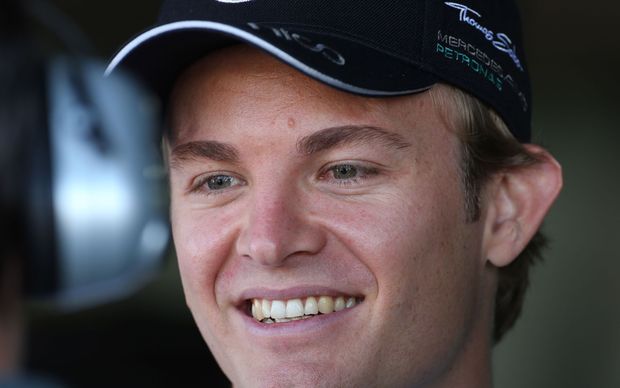 The incident, with Rosberg's front wing making contact with Hamilton's rear tyre and causing a puncture on the second lap of the race, was an avoidable one that wrecked the latter's afternoon.

Hamilton eventually retired after struggling with a damaged car while Rosberg, now 29 points clear in the Formula One standings with seven races remaining, finished second.

With the Spa paddock swept by the controversy, Hamilton fuelled the flames by telling reporters Rosberg had said in a post-race meeting he did it on purpose to 'prove a point'.

In a potentially lethal sport where drivers go wheel-to-wheel at speeds in excess of 300 kilometres per hour, trust is essential.

Racers need to be sure that others will be firm but fair, not weaving more than allowed or closing the door entirely.

Deliberately driving into a rival to gain an advantage or out of revenge is a no-no, even if several examples from the times of Ayrton Senna and Michael Schumacher come to mind.

The Mercedes pairing have banged wheels before this season, without consequences, but yesterday's incident moved their rivalry on to another level.

An accident waiting to happen for some, although not in Hamilton's book, it was the first time they had collided and done serious damage to the prospects of a team that had started one-two and expected to finish that way.

Mercedes motorsport head Toto Wolff later attempted to clarify that, explaining that Rosberg felt he needed to hold his line, to make a point, but it wasn't deliberately crashing, which is "nonsense".

Wolff indicated there would be more talks before Italy but Hamilton recognises there are no easy answers, and he can't imagine what the team will do now.

Spa came after a controversy in Hungary at the end of July where Hamilton did not slow to let Rosberg past, in response to a team instruction not to hold him up, and finished ahead of the German after starting last.