Auckland have thrashed Manawatu 35-7 for their first win of the season in round two of the provincial rugby competition at Palmerston North. 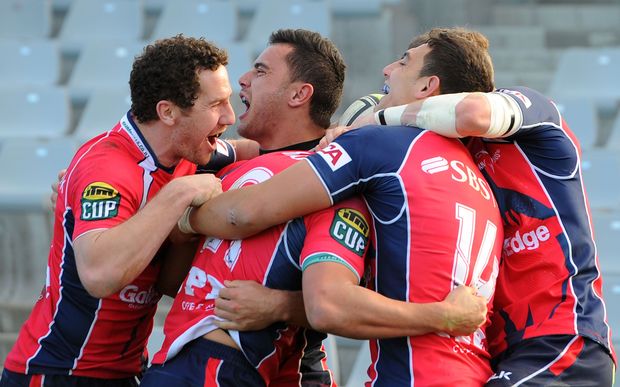 Tasman celebrate a try during their round one win over Hawke's Bay, 2014. Photo: PHOTOSPORT

The visitors ran in four tries for a bonus point and held the home side scoreless until the final five minutes when Manwatu crossed for a late consolation try.

At Mount Maunganui, Bay of Plenty felt the wrath of Tasman, 56-27.

The home team managed four tries for a bonus point, but were outclassed by the Makos' seven touchdowns.

For round three of the competition 10 All Blacks will be available for their provinces.

All Blacks released for provincial duty: