Formula One leader Nico Rosberg has grabbed pole position at the Belgian Grand Prix at Spa-Francorchamps with Mercedes team mate and title rival Lewis Hamilton alongside on the front row after a wet qualifying session.

Red Bull's four-times world champion Sebastian Vettel, last year's winner at the circuit in the Ardennes forests, qualified in third place and was joined on the second row by Ferrari's Fernando Alonso.

The pole was Rosberg's seventh of the season, with dominant Mercedes taking 11 of the 12 so far, fourth in a row and 11th of his Formula One career.

It was also his first at Spa in typically tricky conditions and reinforced his team's pace, with Rosberg's pole time of two minutes 05.591 seconds comparing to Vettel's best lap of 2:07.717 - a hefty margin. 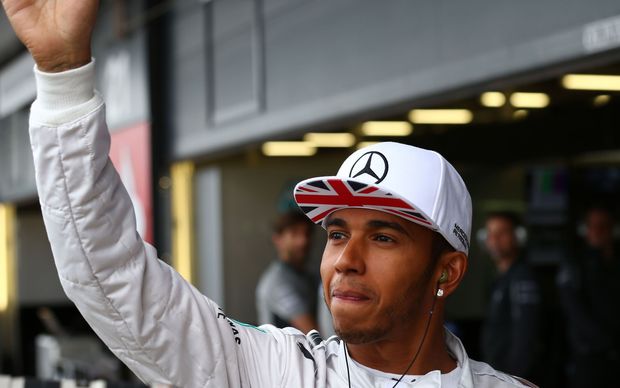 Hamilton, a winner in Belgium in 2010, had been quickest in the second phase of qualifying and the front row start, while not pole, at least ended a long run of qualifying setbacks.

Australian Daniel Ricciardo, winner in Hungary, qualified fifth for Red Bull with Finland's Valtteri Bottas alongside in a Williams.