A collision brought Team New Zealand's to an abrupt halt on the second day of the Extreme Sailing Series regatta at Cardiff. 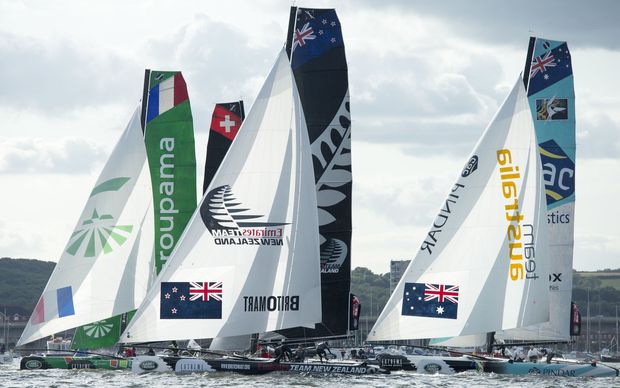 Skipper Dean Barker and crew made a good start in the fifth race of the day, rounding the first mark in second and then overtaking the leader.

At the next mark, as Barker recounts, "We had an issue with Alinghi. They were trying to avoid another boat and ploughed into the back of our boat and took off the port rudder."

SAP Extreme was also involved, hitting the team's starboard hull. No one was hurt.

Team New Zealand had to pull out of that race and sit out the following two while repairs were made.

A jury hearing will be held tomorrow morning where culpability will be determined and decide if points will be awarded for the missed races.

Barker says the team feels it has a pretty strong case.