The New Zealand golfer Lydia Ko's stranglehold on the Canadian Open is over after the two-time defending champion finished in a tie for 55th after a tough final round in Ontario. 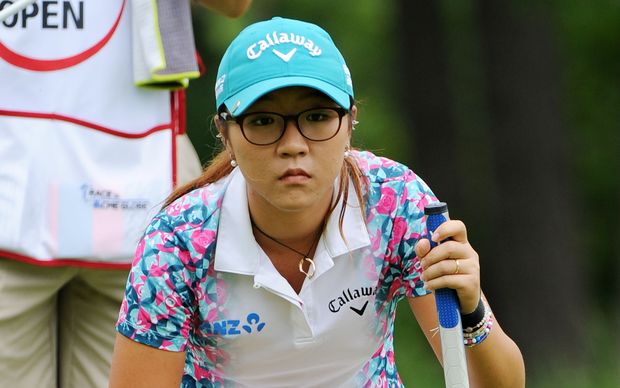 Lydia Ko lines up a putt during the third round of the LPGA Canadian Pacific Women's Open at the London Hunt Golf Club in London, Ontario. 2014. Photo: PHOTOSPORT

The 17-year-old started the final day of the latest LPGA tour event on 5 under par and in share of 33rd place, 15 shots off the pace.

However a triple bogey on her opening hole instantly blew her already slim chances of claiming a third consecutive Canadian crown to smithereens.

Ko was clearly rattled by her horror start, carding a further four bogeys in the first five holes to blow out to 2 over par.

The world number three did eventually regain her composure to record a birdie on the 9th hole and another two on the back nine as she finished with a 4 over par 76 to end 1 under for the tournament, a whopping 22 shots behind the winner Korea's So Yeon Ryu.