Counties Manukau have beaten Otago 29-25 at Pukekohe to defend the Ranfurly Shield from their first top-flight challengers of the year. 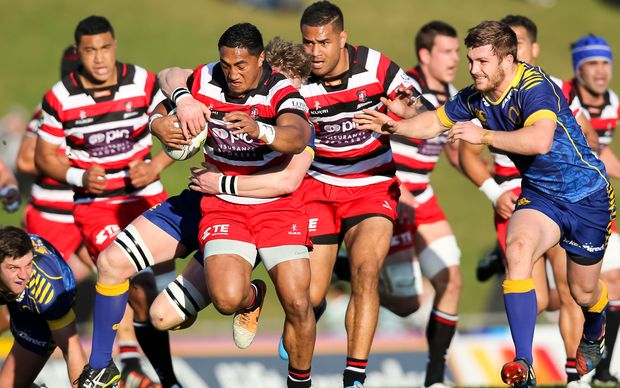 Counties' Bundee Aki on the break against Otago in Pukekohe, 2014. Photo: PHOTOSPORT

After opening the scoring in the first half through a Liam Coltman try, Otago went to the break 14-10 down following two Counties five-pointers to Ahsee Tuala and Ronald Raaymakers.

The home side started the second half with a try to Jordan Taufua before Mike Stanley cossed the line in the 65th minute to give Counties a bonus point.

Following two penalty goals kicked by Hayden Parker, Otago climbed back into the game in the final ten minutes when Aki Seiuli and Fa'asiu Fuatai scored tries, but it was too little too late.

After suffering a horror string of injuries before the competition had begun, Wellington conceded two tries in the first half to trail Northland 15-nil at the break.

In the second half, the home side scored again before the visitors crossed for their only try of the match to fullback Jason Woodward, although the final pass looked forward.

Northland scored a fourth try in the 65th minute for a bonus point and a fifth from almost 100 metres on the stroke of full-time.

In the opening round, Wellington were beaten 37-25 at home by Waikato.

Hawkes Bay needed a last gasp drop goal to beat Taranaki 29-26 in their clash in Napier.

The homeside scored 3 tries to 2, but needed a clutch kick from Ihaia West dropped a goal with time up to grab all the points.

Canterbury are clear at the top of the table after another dominant performance in their 58-27 hiding of Waikato in Hamilton.

Canterbury were ruthless in most aspects of their game as they scored 8 tries. 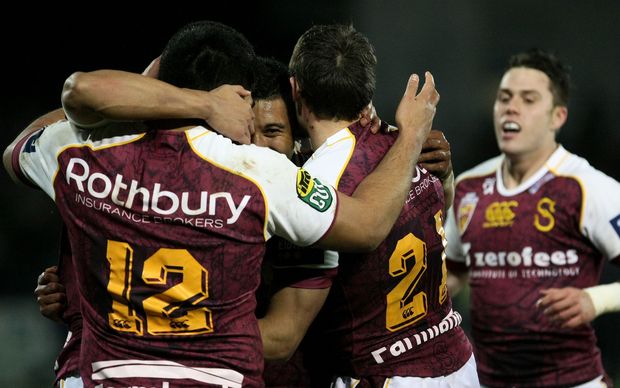 Southland scored just one try to Harbour's two, but first five Lima Sopoaga kicked 6 penalties and a conversion for the visitors.