The disgraced Uruguayan striker Luis Suarez has been officially introduced as a Barcelona player after his brief debut in a 6-0 friendly win over Mexican champions Leon at the Nou Camp. 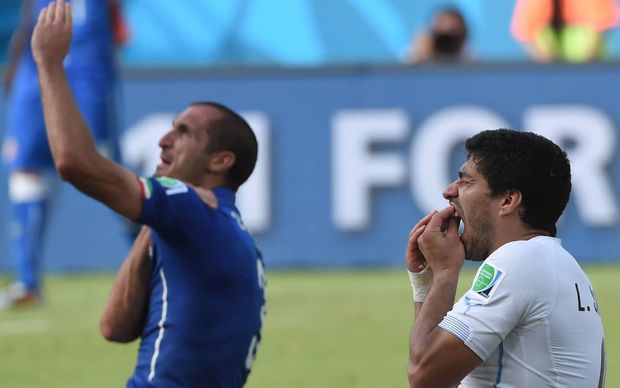 The 27-year-old can't play competitively until the end of October because of his ban for biting an Italian opponent during the World Cup.

Suarez, who left Premier League club Liverpool for a reported $NZ 150 million in the off season, the third biggest transfer fee in history, has promised he won't be sinking his teeth into anything other than training as he tries to lift Barcelona to another La Liga and Champions League title.

Suarez is serving a four-month ban for biting Italy's Giorgio Chiellini at the World Cup - his third biting offence.

He says to fans not to worry, because he promises he won't do that anymore, he's spoken to his psychologist and he says Suarez has to face it and say sorry.

He says he has and now would rather focus on the present, which is Barcelona.