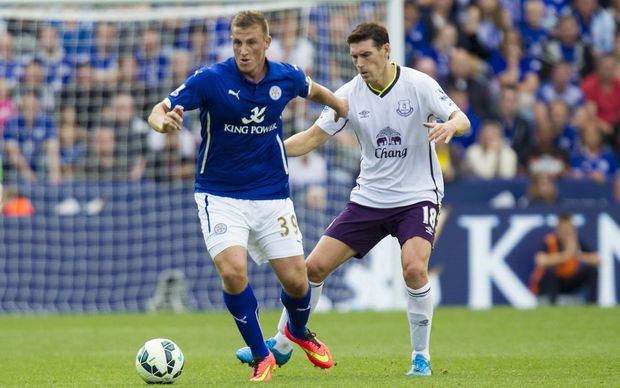 The match ended 2-all at Leicester.

Wood, who had been the centre of transfer talk, came on with 12 minutes to play and slotted past Tim Howard with five minutes to go as the promoted side twice fought back from behind.

The 22-year-old All White striker has reportedly seen a move to Wolves fall through but his stock will have risen as he ensured last season's Championship winners began life in the top flight defiantly.

The Foxes, with only four players with Premier League experience in their starting line-up, will need more of the same spirit if they are to survive but they now go into games against Chelsea and Arsenal with a point on the board.