England's four-pronged pace attack bowled India out for 148 before the hosts reached 62 for no wicket in reply to take control of the fifth and final cricket Test, on an absorbing first day at The Oval. 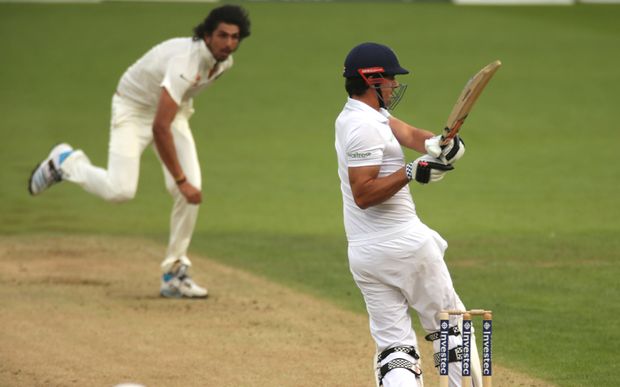 Alastair Cook batting against India at The Oval 2014. Photo: PHOTOSPORT

Only a battling knock of 82 by India captain MS Dhoni saved the tourists from complete collapse and his last-wicket partnership of 58 with Ishant Sharma was by far the largest stand of the innings.

The tourists, though, trail by a deficit of 86 runs that will grow on day two, with England captain Alastair Cook 24 not out and Australia-born Sam Robson set to resume on 33 not out.

The hosts lead the series 2-1.

Meanwhile Pakistan are 244 for six in reply to Sri Lanka's first inings of 320 heading into day three of the second Test in Colombo.