The Wallabies star Israel Folau has compared the hype surrounding rugby's Bledisloe Cup to that of league's State of Origin and he's desperate to beat the All Blacks for the first time. 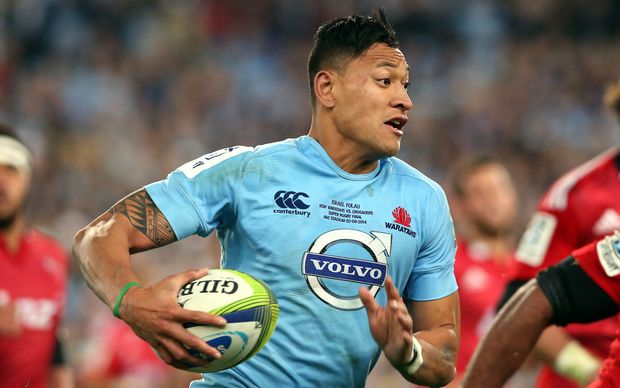 The former Kangaroos star and successful code hopper says beating New Zealand is one of the biggest challenges of his glittering career.

Folau enjoyed plenty of success at club, Origin and Test level as a league player and last week was part of the first New South Wales Waratahs team to win a Super Rugby title.

The dual international faced the All Blacks three time in his first season in rugby last year and was on the losing side against the World Cup holders each time.