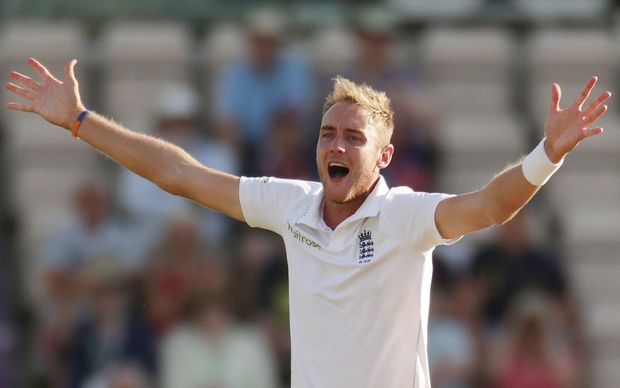 After resuming in the afternoon on 201 for six, Root and wicketkeeper Buttler comfortably rotated the strike but their progress was halted by heavy rain which stopped play for over an hour and forced the players to take an early tea.

The wet weather continued, forcing an early end to the day's play.

Ian Bell had passed 50 for England on an overcast morning but seamer Bhuvneshwar Kumar claimed two quick wickets in a fine spell of bowling.

Nightwatchman Chris Jordan (13) was the first to fall when he played a loose pull shot and was caught at mid-wicket by Varun Aaron.

Bell (58) followed when Kumar tempted him into playing at a ball outside off stump and he edged it to wicketkeeper MS Dhoni.

Root and Moeen Ali nudged England ahead but Moeen (13) was dismissed when Aaron clean bowled him with a brutal inswinging delivery before Root and Buttler took the hosts safely to lunch.

Stuart Broad took six wickets as India were bowled out for 152 on the first day after winning the toss.

The five-match series is level at 1-1.