The Springboks captain Jean de Villiers feels he'll be fit for their opening match of the Rugby Championship against Argentina in Pretoria next week. 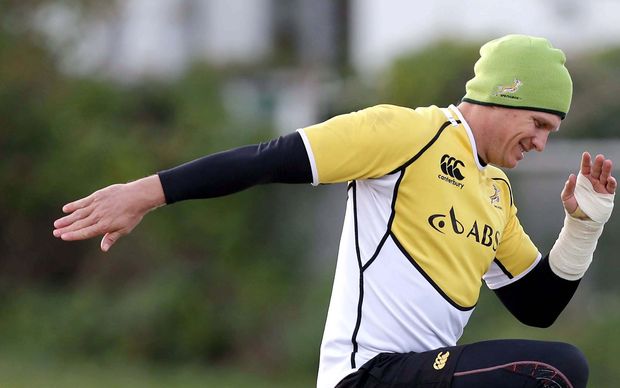 De Villiers, who missed three months of Super Rugby with a knee injury, has only just returned to the game and the coaches considered releasing him for the Currie Cup this weekend.

The 33-year-old centre says he's been running a lot in the last couple of weeks and especially this week it has come along a lot.

De Villiers says he went through a full session and it responded well.

Damian de Allende is likely to partner de Villiers in the centres.

With veteran lock Victor Matfield already ruled out, utility forward Juan Smith has been drafted into the squad.