The Springbok lock Victor Matfield will miss the South Africa's opening Rugby Championship Test against Argentina in Pretoria next week due to injury. 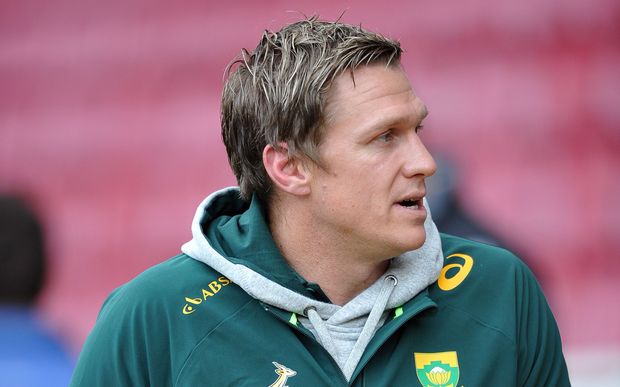 Matfield is suffering from a small tear in a cartilage after feeling some discomfort in his knee at training.

He was seen by an orthopaedic specialist in Pretoria and will be unavailable to face los Pumas.

The other injury concern at this stage in the Springbok squad is captain Jean de Villiers, who is returning from a knee injury he sustained during Super Rugby in May.

Meanwhile Springboks coach Heyneke Meyer is predicting this year's Rugby Championship could be the toughest yet.

Meyer believes the Wallabies will be a much tougher proposition this year without all the injuries they had last year, and reverting to a more tactical game.

In his third season as Springboks coach, Meyer believes bonus points will decide the outcome of this year's championship.

He says the biggest mistake they can make at the moment is to look past the two games against Argentina and towards New Zealand and Australia.