After narrowly missing out on a stage win on the Tour de France, Jack Bauer will go into Sunday night's Commonwealth Games road race as New Zealand's designated top rider. 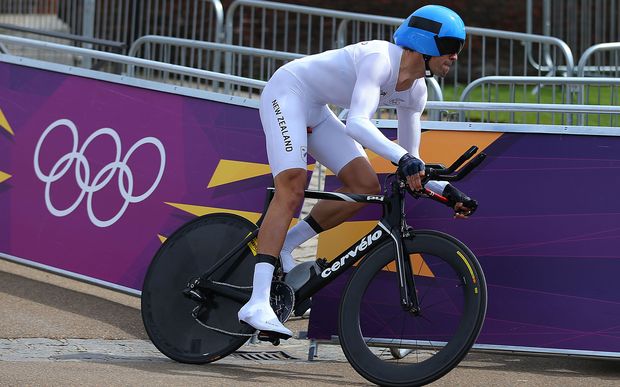 Jack Bauer racing in the time trial at the London Olympics. Photo: PHOTOSPORT

Six New Zealand cyclists are listed to start in the 140 strong field which will cover 168km over 12 laps of Glasgow's city streets.

The New Zealand veteran Greg Henderson, who crashed out of this year's Tour, says he'll do everything he can to help Bauer win.

Henderson says Bauer is New Zealand's strongest rider and must be part of any break away from the peloton.

Bauer says the Tour de France was gruelling, but he says he's recovered well from the 23 day race which finished five days after the Games began.

Shane Archbold, Michael Northey, Thomas Scully and Jesse Sergent are also down to ride in the road race for New Zealand.

The road race starts at 11 o'clock on Sunday night.