The NSW Waratahs buried the ghosts of seasons past to finally claim their maiden Super Rugby title with a heart-stopping 33-32 final triumph over the Crusaders in Sydney. 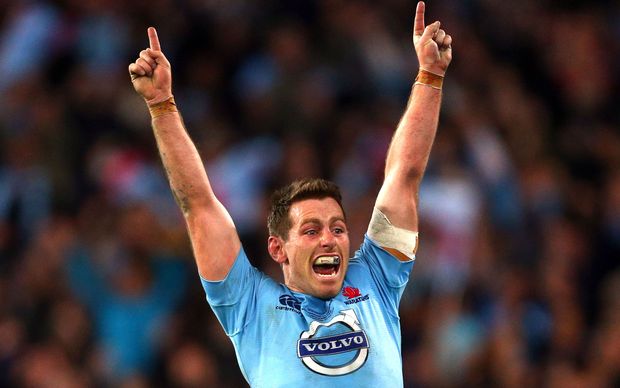 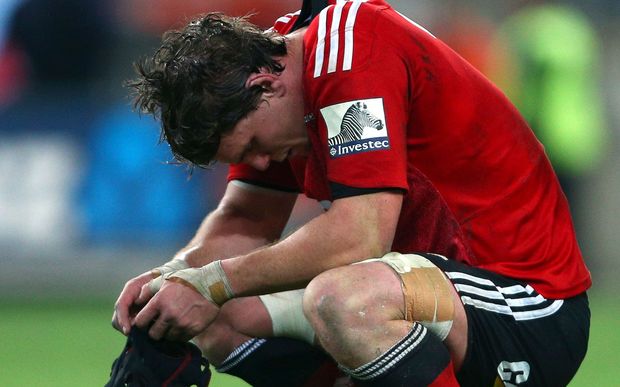 Coach Michael Cheika hailed the courage and resilience of his charges after watching the Waratahs wrest victory from the jaws of defeat. 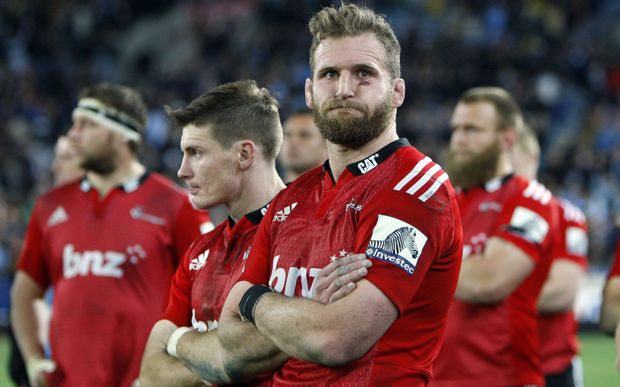 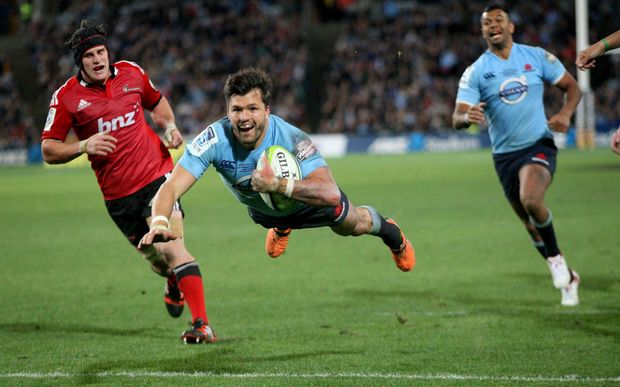 A pressure-filled, 45-metre, last-minute penalty goal from first-five Bernard Foley gave the Waratahs the go ahead lead and ultimately the win in a drama-charged conclusion to a classic title decider.

"I was hitting them well all night and it was probably right on my distance. I had to give it my all and the rugby gods were on our side," Foley said.

A record Super Rugby crowd of almost 62,000 - the most for a NSW home game in more than 100 years - witnessed the historic victory.

The jubilant captain Michael Hooper admitted his heart was in his mouth watching Foley's kick.

"I thought it went under, but it went over and I was ecstatic," he said.

The Waratahs had squandered an early 14-point lead to be on the brink of their third painful final defeat at the hands of their New Zealand nemesis.

But Foley's 23-point contribution from a conversion and seven penalty goals, plus a two-try, man-of-the-match effort from veteran centre Adam Ashley-Cooper, proved just enough to deny the seven-time champion Crusaders.

Victory buried the demons of losses to the Crusaders in their only two previous finals in 2005 and 2008.

It also completed an unbeaten 10-match home campaign with a club-record ninth straight win - and first over the Crusaders in a decade.

The Waratahs join the Crusaders, Blues, Chiefs, Brumbies, Queensland Reds and Bulls as only the seventh franchise in 18 years of Super Rugby to win the trophy.

Hosting their first decider, the Waratahs made a dream start.

They raced to a 14-0 lead in as many minutes through three Foley penalty goals and Ashley-Cooper's first try off a lovely short ball from centre partner Kurtley Beale.

The Crusaders replied with a clinical 70-metre counter-attack that ended with flanker Matt Todd crossing out wide in the 18th minute.

Dan Carter's conversion put the Crusaders back to within a converted try, but another Foley penalty extended NSW's lead to 17-7 in the high-paced point-a-minute opening half-hour.

But half an hour was all Carter lasted, the Crusaders suffering a hammer blow when their talismanic playmaker succumbed to a corked thigh.

First-five Colin Slade assumed goalkicking duties and slotted two penalties to nudge the Crusaders to within four points of the Tahs before Foley nailed another to give NSW a 20-13 halftime lead.

A controversial try to winger Nemani Nadolo, a Waratahs reject, and sideline conversion from Slade locked the scores up at 20-20 after 43 minutes.

The Crusaders hit the front for the first time in the 49th minute with another Slade penalty, only for Beale to restore the Waratahs' lead when he put Ashley-Cooper over again just after the hour mark.

Two more Slade penalties looked to have broken Waratahs hearts yet again until Foley stepped up to have the heroic final say.