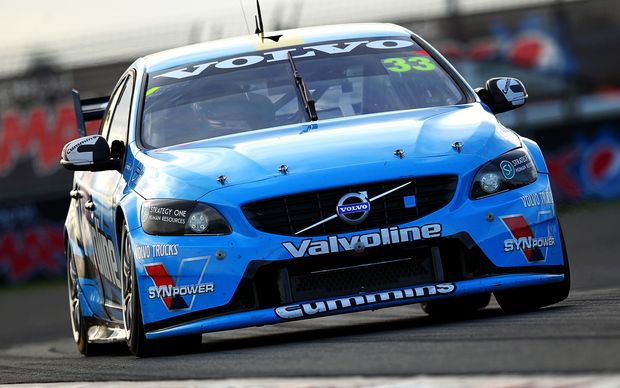 Christchurch driver Scott McLaughlin's missed out on victory in the second race of the latest Australian V8s Supercar event, as an illegal contact ruined the young pole-sitter's chances at the Ipswich 400.

The 21-year-old was leading from pole position before the Volvo driver was bumped and spun on the final corner of lap 22 of 33 by Nissan's Michael Caruso.

Caruso was pushing McLaughlin at that point and tried to cut inside, but the Nissan driver only succeeded in ruining both their races.

McLaughlin dropped him back to fourth initially but damage to his car meant he then slipped back through the field to finish 19th.

Caruso also suffered, incurring a drive-through pit-lane penalty and finishing 24th, and that handed the race to defending champion Jamie Whincup, who also won the first race at Queensland Raceway, when McLaughlin was third.

McLaughlin says he doesn't blame Caruso, who apologised to him afterwards. He says it's just racing, he would've had a go too, and everyone makes mistakes.

Whincup's double win means the Holden driver's narrowed the gap to 48 points on championship leader Mark Winterbottom, who came home sixth in both races at Ipswich.

There's one more V8s race at Ipswich on Sunday.