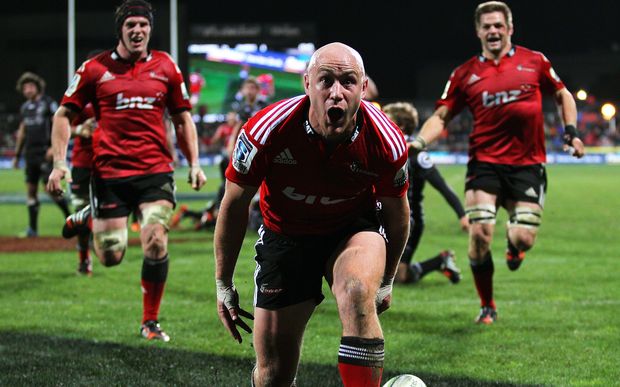 Willi Heinz celebrates after scoring a try in the Crusaders 38-6 semi-final win over the Sharks Photo: PHOTOSPORT

The South African side barely fired a shot in a one-sided encounter, losing by five tries to none, despite beating the Crusaders 30-25 on a trip to Christchurch in May, when they had to play with mainly 14 men.

Kieran Read scored the Crusaders' only try in the first half helping his side to a 16-6 half-time lead before Nemani Nadolo, Willi Heinz, Johnny McNichol and Matt Todd crossed the line in the 2nd.

In next week's grand final, the Crusaders will face the Waratahs in Sydney, after the New South Wales side beat the Brumbies 26-8 in the second semi-final on Saturday night.