The Brumbies and Waratahs are set for an all-Australian semi-final in Sydney while the Crusaders will play the Sharks in Christchurch for a shot at the Super Rugby title.

The Brumbies knocked out the defending champion Chiefs 32-30 in Canberra, dashing the visitors dreams of a Super Rugby three-peat before the Sharks beat the Highlanders 31-27 in Durban to set up a semi-final against the seven-time champion Crusaders in Christchurch. 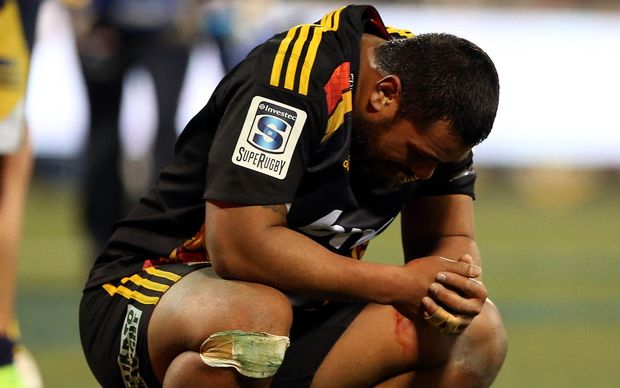 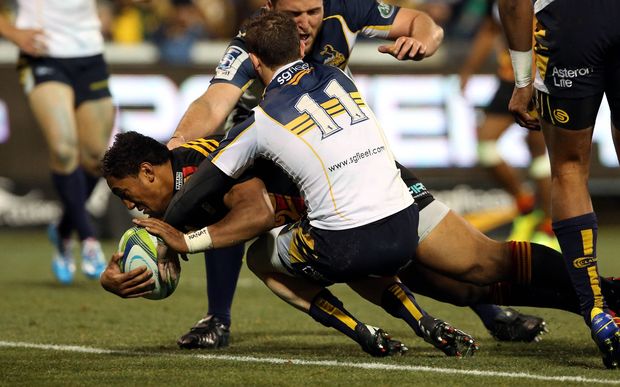 The Brumbies ended the Chiefs season after clinging on for the win in an epic qualifying final.

The hosts raced out to a 22-3 lead, but as they learnt in last year's grand final, you can never write off a side chasing their third straight title.

The All Blacks first-five Aaron Cruden spearheaded the fightback as the Chiefs levelled the scores midway through the second half.

But the Brumbies regained the advantage with a converted try from a well-constructed driving maul before Cruden failed to convert a Gareth Anscombe five-pointer with three minutes to go.

It was sweet revenge for the Brumbies as Ben Mowen won what is likely to be his last and 50th game as skipper in front of 14,284 fans at Canberra's GIO Stadium.

In Durban, Francois Steyn kicked two late penalties to give the Sharks victory, the first on 74 minutes at Kings Park nudged the home team into a one-point lead and he scored again in the final minute.

Each team scored three tries in a seesaw struggle with the New Zealanders coming from 10 points behind to take a surprise half-timelead the South Africans 17-13.

The Sharks snatched two tries within four second-half minutes to gain a five-point advantage only to fall behind again when Highlanders scored a converted try.

First-five Lima Sopoaga did not miss a shot at goal, converting the three tries and also potting two penalties for the New Zealand south island outfit.

The Highlanders fullback and co-captain Ben Smith was proud of his side although the loss ended dreams of a first Super title.