A sensational double eagle finish from Rory McIlroy gave the Northern Irishman a six-stroke cushion going into the final round of the British Open, with the title now his to lose. 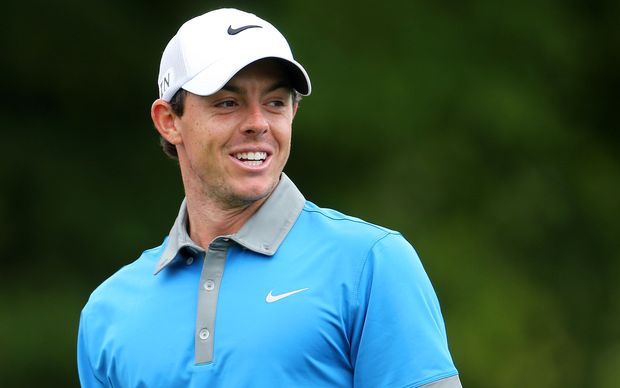 The 25-year-old crushed a chasing pack of challengers who tried and failed to hunt him down during a rain-hit third round.

Looking to add a third major to his collection and a first on British soil, McIlroy started the day with a four-stroke lead.

But by the time he reached the 12th hole that had vanished and he was caught in a dogfight with American shot-maker Rickie Fowler, hungry to win his first major.

That was when McIlroy, who had been struggling off the tee, produced his best golf of the week at Hoylake.

A birdie at 14 eased him back ahead, and with Fowler going off the boil, McIlroy struck what could prove to be two tournament-winning blows with magnificent eagles at the 16th and 18th.

That gave him a third round 68 and took him to 16-under for the tournament six strokes clear of Fowler who had eight birdies en route to his 68.

It was the biggest lead at the third-round stage of the Open since Tiger Woods at St Andrews in 2000.

Woods eventually won by eight strokes on that occasion.

A further stroke back came Spaniard Sergio Garcia who had a 69 and Dustin Johnson of the United States with a 71.

Phil Mickelson saw his chances of defending the title he won last year at Muirfield vanish as he shot a 71 to stand at one under for the tournament, while world number three Justin Rose ended the day at five under after a 69.

World number one Adam Scott had a fine 69, but at six under is too far back to pose a serious threat.

Woods, meanwhile, had another mixed day as he carded a 73 to stand at three over, 17 strokes off the lead.