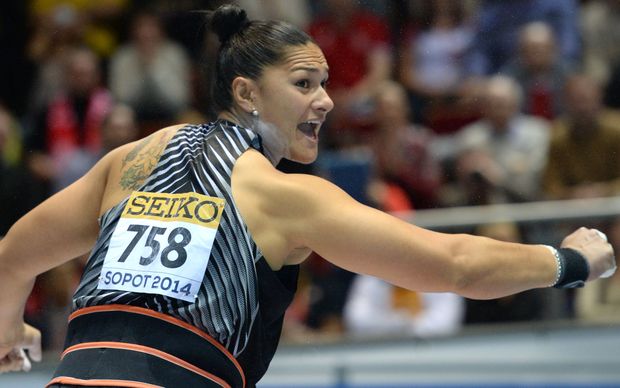 Adams recorded a best throw of 20.38 metres to claim her 53rd straight win, with none of her rivals breaking the 20 metre mark.

The four-time world champion has won all five of the Diamond League meets she's competed at so far this year, and has wrapped up the overall crown with four meets remaining.

Germany's Christina Schwanitz was second in Monaco with a throw of 19.54 metres, while American up and comer Michelle Carter was third with 19.05 metres.

Adams winning throw was just four centimetres short of the 20.42 metre hurls she recorded at a Grand Prix meet in Lucerne, Switzerland and the Diamond League meet in Lausanne two weeks ago.

The 29-year-old is now unbeaten since 2010 and appears a shoe in for gold at this month's Commonwealth Games in Glasgow.

Nick Willis meanwhile ran a New Zealand 1500m record of 3:29.91 in a fast paced race at Monaco, finishing seventh in the best 1500m field assembled for some time.

In the perfect dress rehearsal before Willis attempts to win his third consecutive Commonwealth medal, the U.S. based runner took 0.44 off his previous record set at the same meeting two years ago.