The two-time champion Ernie Els says he was badly affected by his opening drive at the Open Championship at Royal Liverpool, which hit an elderly spectator in the face. 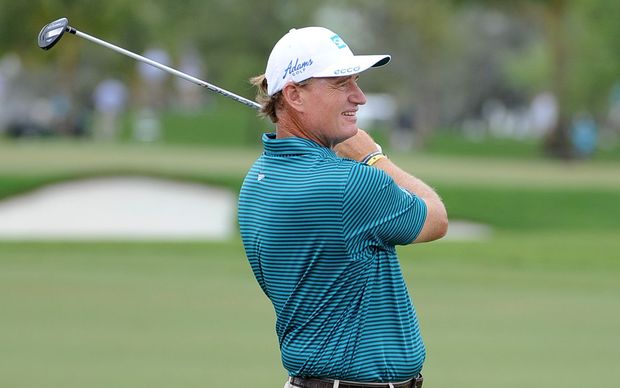 The South African three-putted from 18 inches for a triple-bogey seven and went out in 42, seven over par.

Els improved on the back nine but finished with a disappointing 79.

Els, who won just two years ago, says he felt pretty bad about striking the spectator, and there was blood everywhere.

He's 13 shots behind leader Rory McIlroy and says he was thinking about the incident during the round admitting he was quite rattled.

Els's round took another bizarre twist when his drive at the last was disrupted by a toad, which the four-time major champion had to usher from the tee box.