The New Zealand rowers have bagged an impressive nine-medal haul at the third and final World Cup in Switzerland to claim the crown for the best rowing nation. 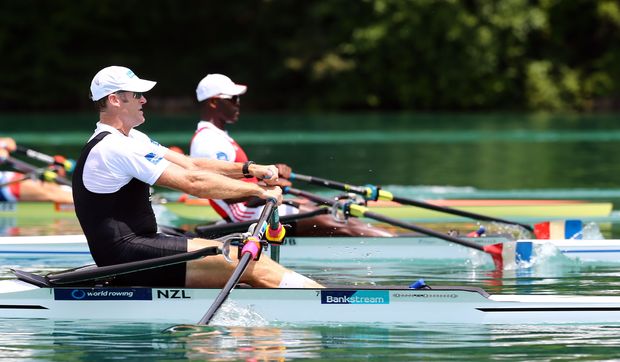 New Zealand finished first on the World Cup series standings with 141 points, ahead of Great Britain in second with 126 points, and Australia with 125 points.

12 out of the 13 New Zealand crews featured in the A finals, which sets the squad up in a great position with the world rowing championship regatta just over a month away.

Julia Edward earned another first-place finish in the women's lightweight single scull after finishing in 7:55.03 for gold.

The pair will seek their fifth world championship title in the pair in Amsterdam, The Netherlands, next month.

The New Zealand men's lightweight four of Curtis Rapley, James Lassche, Peter Taylor and James Hunter added a second gold to their spoils for this year at this regatta, after defending their World Cup crown successfully from Aiguebelette.

The women's double of Zoe Stevenson and Fiona Bourke didn't lead the 2000-metre race until the bitter end where they powered out to take the gold in 5:59.87 with a strong sprint challenge.

Mahe Drysdale was up against a high quality international field of scullers but was quickly back on top of the podium for the gold after beating his main rival Ondrej Synek by just over a boat-length.

Women's single scull Emma Twigg held on to claim gold after a strong challenge from the second-placed Australian.

The New Zealand rowing team will now prepare for the World Rowing Championships which are being held in Amsterdam late next month.