The New Zealand IndyCar driver Scott Dixon has finished fourth at the Iowa 300 after starting the race in pole position. 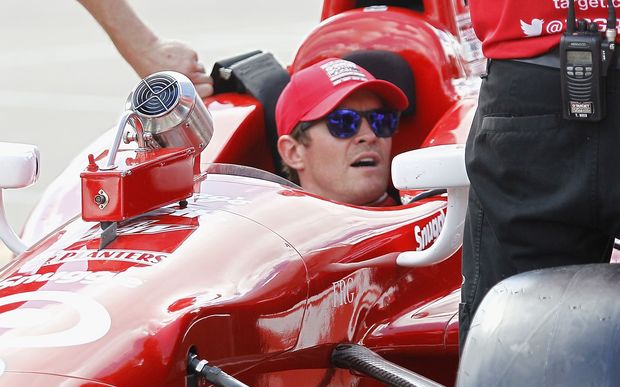 Ryan Hunter-Reay of America won the race, after sneaking ahead of Dixon's team Tony Kanaan two laps from the finish.

Kanaan led the race for 247 of the race's 300 laps, but a late pitstop for tyres by Hunter-Reay enabled him to finish strongly.

The win moves Hunter-Reay into third place in the drivers' championship, while the defending champion Dixon is eighth.

No Indy pole sitter has ever won at Iowa Speedway.

The race was red-flagged after 39 laps because of moisture on the racetrack and resumed after a 26-minute delay.