The New Zealand women's hockey team have thumped hosts Ireland 9-2 in their opening game of the Four Nations Tournament in Dublin. 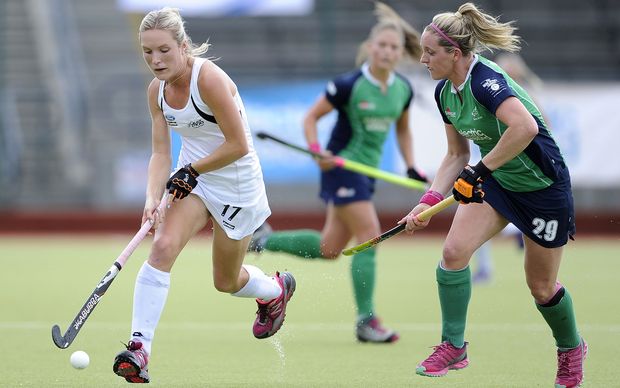 The tournament, which also includes Chile and Canada, is an opportunity for the Black Sticks to get some game time ahead of the 2014 Glasgow Commonwealth Games starting on the July the 24th.

The Black Sticks had the best of the first half applying good pressure on Ireland's midfield and defence and showing speed on attack.

Petrea Webster, Anita Punt, Sophie Cocks and Krystal Forgesson notched up a penalty corner each in the first half and there were field goals from Gemma Flynn, Punt and also Ireland's Megan Frazer.

In the second half, Ireland created some better opportunities and were first to score through Cliodhna Sargent's penalty corner strike.

But New Zealand were too strong for the 15th ranked side and this time it was Canterbury's Olivia Merry who found the backboard twice, converting a penalty corner and then 12 minutes later scoring from open play to take the score to 8-1.

The final goal came from Flynn, scoring her second field goal of the game.