The Spanish football club Barcelona struck a deal to buy the disgraced Uruguayan striker Luis Suarez from Liverpool, sealing the transfer despite an uproar over his biting a World Cup rival. 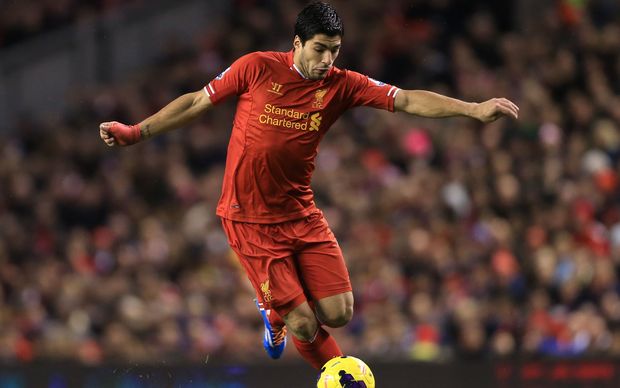 Luis Suarez of Liverpool in action against Aston Villa in their Premier League clash in January. Photo: PHOTOSPORT

Barcelona pushed ahead to sign the 27-year-old goalscorer reportedly on condition he apologise for biting Italian defender Giorgio Chiellini.

The Spanish club said in a statement they and English Premier League club Liverpool "have reached an agreement for the transfer of Luis Suarez", but declined to say how much they paid.

British media put the sum at around $NZ120 million.

The player said a sad farewell to fans of the English club, whom he helped fire to second place in the Premier League last season, sending them into the Champions League.

In a statement published by Liverpool, he says he's leaving the club with a heavy heart for a new life and new challenges in Spain.

Suarez says Liverpool did all they could to get him to stay, but playing and living in Spain, where his wife's family live, is a lifelong dream and ambition, and he believes the timing is now right.

The Spanish side say Suarez will be travelling to Barcelona next week for a medical, to sign his five-year contract and to be officially presented to the media and fans.

Suarez's signing furnishes the Catalan club with one of the most formidable strike forces in the world as he joins two other superstar forwards - Argentina's Lionel Messi and Brazil's Neymar.

Suarez bit Chiellini on the shoulder on June 24 in a 1-0 win over Italy which took Uruguay into the World Cup last 16 before they were knocked out by Colombia.

He was handed a four-month ban from all football activities, suspended from nine international matches and fined $NZ125,000.

It was the third time in his career Suarez was found guilty of biting an opponent.