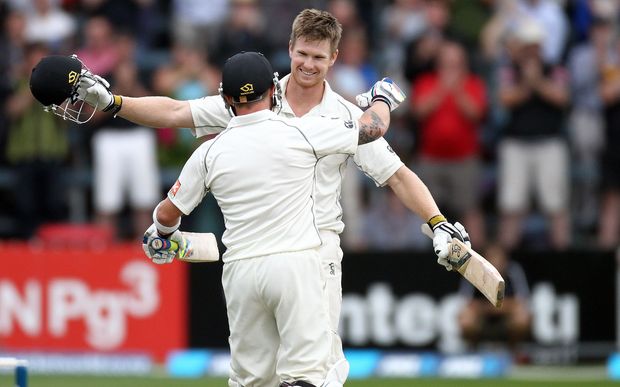 Neesham and Ronchi were certainties, the former in particular after a stellar start to his international career.

Neesham is averaging more than 60 in Test cricket.

Rutherford is probably the most unlucky of those above, with NZC General Manager National Selection Bruce Edgar conceding there wasn't enough certainty to offer Black Caps contracts to two opening Test batsmen - with Tom Latham the only opener confirmed in the 20.

A set criteria is used to rank players across all three forms of the game with Test cricket receiving twice the weighting of One Day Internationals and Twenty20 Internationals.

The players with the 20 highest aggregate scores are then offered NZC contracts.

Edgar says that with a full tour against Pakistan in the United Arab Emirates coming up it was critical to select two Test spinners.

The year ahead also features a tour to England, a full tour by Sri Lanka, and short visits by South Africa and Pakistan in preparation for the major prize - the ICC One-day Cricket World Cup co-hosted by New Zealand and Australia.

Also new to the contracted group are pacemen Milne and Henry who performed well when given the opportunity in limited overs matches last summer.