The Black Caps have won a rain-reduced T20 cricket match against the West Indies in Dominica by 12 runs on the duckworth-lewis method. 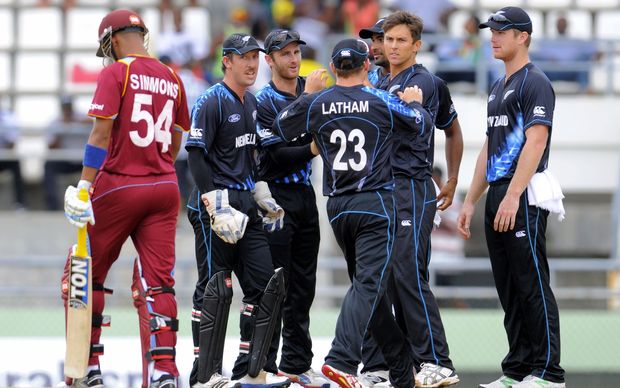 The hosts set New Zealand 133 to win after reaching 132 for 8, with rain delays reducing the match to 18 over innings.

The Black Caps were 117 for 4 after 15 overs when rain returned forcing a premature end to the game.

Captain Brendon McCullum top scored for the tourists with 40, while Tim Southee was the pick of the Black Caps bowlers claiming two wickets for 20 runs off his four overs.

The second and final T20 is at the same ground tomorrow morning.