The Crusaders have moved a step closer to securing a home semi-final with a 21-13 victory over the Blues in Christchurch that ended the visitors slim Super Rugby playoff ambitions. 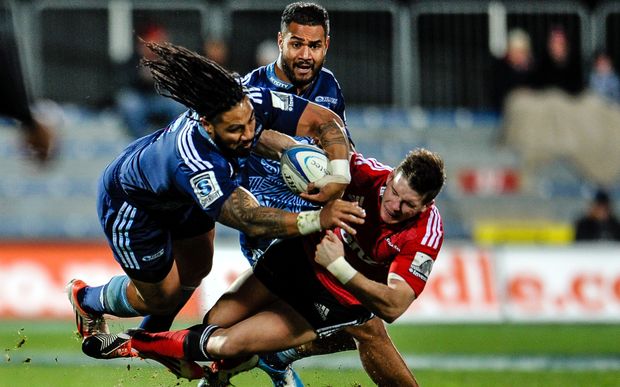 Trailing the visitors 11-13 at halftime, the Crusaders, buoyed by the return of All Blacks duo Dan Carter and Kieran Read to the starting XV, kept the Blues scoreless in the second half to maintain their place at the top of the New Zealand conference and climb to second in the overall standings.

The in-form Fijian winger Nemani Nadolo marked his return to Super Rugby from international duty by scoring two tries to wrest the game in favour of the seven-times champions.

Frank Halai made a brilliant interception and ran 100 metres to score a shock try against the run of play for the Blues, who now have no chance of advancing to the playoffs.