Kane Williamson stroked his 14th test half-century as New Zealand battled their way to a 99-run lead on the third day of the deciding cricket test against the West Indies in Bridgetown, Barbados. 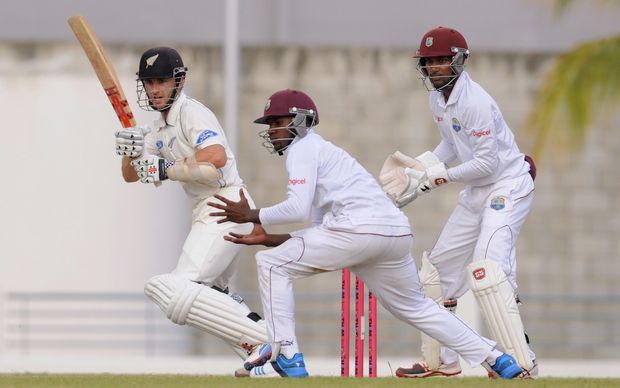 Williamson went to the crease with his side in trouble at one for one in their second innings, having lost opener Tom Latham for a duck.

The right hander held the innings together, despite losing Hamish Rutherford (19) and Ross Taylor (six), with 58 not out as New Zealand reached 123 for three when bad light stopped play for the day.

Brendon McCullum was also unbeaten on 23 at the close.

Earlier, the West Indies were bowled out for 317, taking a slim 24-run lead on first innings following a good late knock from fast bowler Jason Holder.

Neil Wagner finished with figures of four for 64.

The three-match series is locked at 1-all after New Zealand won the first test in Jamaica and the hosts took the second in Trinidad.

Some rain is forecast for Bridgetown over the next two days.