A proposal to exclude some stock from waterways by July next year is achievable, say farming industry bodies, and many farmers are well on the way to fencing them off. 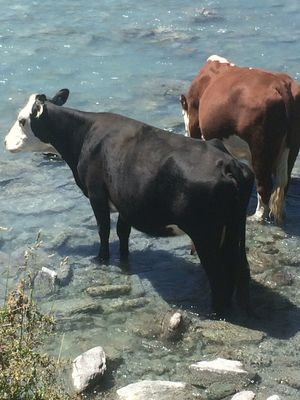 The government has taken the next step to enforce the exclusion of dairy cattle and pigs from waterways by July next year and is now asking the public to have a say.

Waterways include streams, rivers, lakes, and wetlands or permanently flowing waterways and drains greater than one metre wide and 30 centimetres deep.

If stock are found in waterways, the proposal suggests an instant fine of $100 per animal and up to a maximum of $2000.

It also said the national regulations would supersede councils' rules to give national consistency.

"We don't believe it's an issue. There are some old river beds and that's probably the biggest grey area from any livestock farmer as to what's categorically deemed a water course. Has it got water all year round or has it been a water course at some stage?"

DairyNZ is also confident the proposed timeline is reasonable.