Westland Milk Products believes the farm gate milk price will not recover until the middle of next year because overseas buyers have already reacted to predictions of falling production and drought. 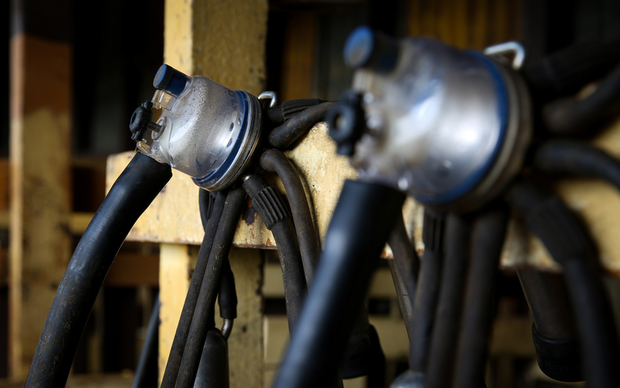 Westland Milk Products, which has about 500 shareholders, held its AGM this week and Mr Quin said the payout forecast remained around $4.90 to the early five dollar mark, which was less than farmers needed to break even.

He said that was unlikely to change because it looked like there would be more pressure on prices in the next couple of months.

"Customers who have been worrying about New Zealand's milk supply have already moved to secure their supply chains. And we think we saw that six weeks ago when prices started to lift again was a reaction to the potential shortages coming from New Zealand. That's how we see the marketplace.

"It's certainly what a number of our larger customers are informing us. We've got customers who have a base load of supply booked out for quarter one and quarter two 2016 and in fact some customers going out the full calendar year 2016. When they are hearing New Zealand is already 5 percent down on milk they have already moved to secure their own supply chain.

"We're not expecting to see prices shoot through $3,000 a tonne to lift payouts and frankly I think that is what it will take at this point. There is actually more risk that the market remains subdued and prices come under more pressure. The other side of the equation is the New Zealand dollar which a lot of commentators suggested was heading towards 60 US cents. Well we all know its stubbornly been around 65 to 66 recently so that's not helping returns on farm."