Banks and analysts are predicting international dairy prices will continue to rise, and a lift in Fonterra's forecast payout looks likely.

Prices in the global dairy trade auction rose for the fourth consecutive time on Tuesday night. 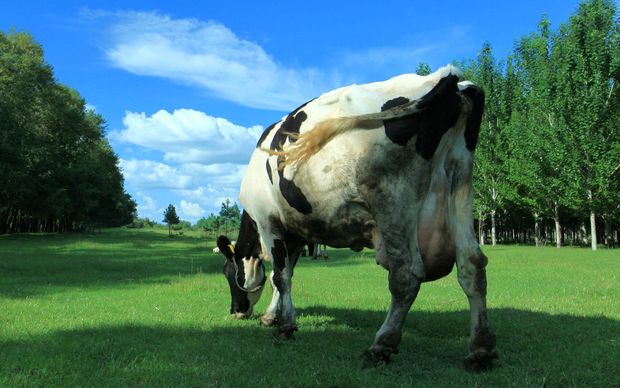 The price for the key commodity, whole milk powder, which underpins the price Fonterra pays its farmers, increased by 12.9 percent to $US2,824 a tonne.

AgriHQ analyst Susan Kilsby said the NZX Futures market was predicting the price of whole milk powder will hit three $US3,000 a tonne by the end of the year, which equates to a payout of about $5.50 per kilo of milk solids.

That compared to Fonterra's current forecast payout of $4.60, which the co-operative lifted by 75 cents last month.

Wairarapa dairy farmer and Fonterra supplier Chris Engel said Wednesday was a good day. The sun was shining and prices on the GDT had lifted - but he said there was still a long way to go.

"I use the analogy of a drought - when you get that first rain and the drought's not over, so this is like a little bit of an increase, but there's still a long way to go," Mr Engel said.

He said with a payout in the mid-$5 range, his farm would just break even.

"But of course we've incurred a lot of debt to get to that part of the season, so the overdraft has had to be extended, so even with that increase, you've still got to be paying back the debt that you've incurred."

Mr Engel said September was a time where farmers have a lot of payments, and the overdraft is often extended.

He said they'd still be down on milk production this season, but they reduced cow numbers to cut costs.

"We have less cows as part of the strategy to survive this year. There was a good cow cull price this year and so less feed costs. It might come out at the end that we do better off because of it.

"We've sort of had (this) push over the years to do all these other increases of cows and food and I wonder in the end, well I think it's saying that it hasn't really paid off, and this downturn is showing that out quite clearly."