South Island farming operation New Zealand Pastures Ltd, which owns seven farms in Otago and Canterbury, has announced it is putting up half of its shares for sale. 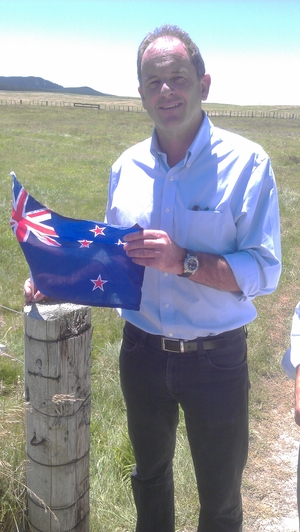 The foreign buy-up of NZ farms is a worry for some. Photo: RNZ

New Zealand Pastures' largest shareholder is a Netherlands-based pension fund, which will keep its 50 percent stake. The other shares are held by a small group of professional and institutional investors.

The private company, whose farms have a combined value of more than $100 million, is looking for another large shareholder to buy them out.

The seven New Zealand Pastures farms range in size from less than 1000 hectares to more than 7500 hectares. In total they make up 23,500 hectares, with a carrying capacity of 140,000 stock units.