Labour's primary industries spokesperson Damien O'Connor is furious the Government has been funding a farming lobby group that repeatedly attacked Labour's policies in the run-up to last month's general election.

The Ministry for Primary Industries directly and through its Sustainable Farming Fund has given Federated Farmers more than $200,000 of taxpayer money over the past few years.

The public has helped pay for flights, part of the bill for attending an international sheep conference, leadership courses and open farm days.

Mr O'Connor said Federated Farmers kicked the Labour and Green parties at every opportunity during the election campaign while taking money from the National-led Government.

"There'll be many out there who share the view that this money is nothing more than a political bribe. And, in fact, there won't be many organisations that like to bite the hand that feeds them.

"This level of funding is quite disturbing when it's going to an organisation that is supposed to be apolitical." 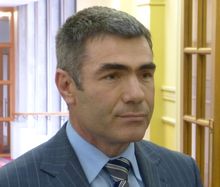 Mr O'Connor said the federation's claim it is apolitical is untrue and the payments have confirmed his suspicion that the lobby group is the National Party in gumboots.

Federated Farmers issued a statement saying it is not dependent on Government money since its voluntary membership provides most of the federation's income.

It said it has gone through open and transparent application processes for the money it has received from the Ministry for Primary Industries.