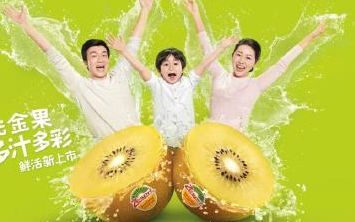 Earlier this year the company staged a massive water fight in Shanghai to mark the launch of its sungold kiwifruit with more than 1,000 people taking part.

However the results of the marketing campaign have far exceeded its wildest expections with a video of the event having received more than 25 million hits on Chinese social networking sites.

It comes just days after New Zealand Trade and Enterprise's China team hosted a session on how New Zealand brands can better engage with Chinese customers.

It included participants such as Villa Maria and New Zealand Winegrowers, both of whom already have tens of thousands of on-line followers in China.

With China having one third of the world's social network users, Zespri's general manager for China, Simon Limmer said being able to tap into that many people is phenomenal.

"Chinese consumers trust the views and opinions of their peers more than they trust traditional media or newspapers or even advertising so it's really important that we have the support of the social networks and it's just a much more cost effective way for us in a market such as China to gain penetration because it is so broad, it is very vast and as this shows you can have a pretty effective campaign going very broadly.

"22 percent of all fruit consumed globally is consumed in China, and the Chinese on average are consuming about 110kg per annum per person of fruit and kiwifruit is only about 1kg of that, so there's a lot of room for growth for us.

It's our number three market at the moment but it will be our number one market we forecast within the next five years."