An agreement between two farmer-owned wool companies is the first step for them towards greater consolidation of the wool industry.

The Primary Wool Co-operative is to take a 5 percent stake in the investment company, Wool Equities (WEL) which was set up with farmer money held by the former Wool Board. 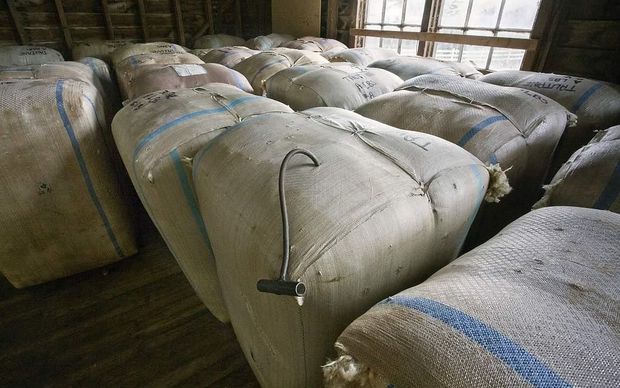 If Wool Equities shareholders support the move at a special meeting on 12 September, Primary Wool would end up as the biggest single shareholder in WEL.

The Primary Wool co-operative's chair Bay de Lautour said one of the big gains will come from connecting the two sets of farmer shareholders and the wool they supply.

"It will allow Primary Wool Co-operative to engage with those WEL shareholders who are not already co-operative shareholders, to communicate on matters in the wool industry, and also allow them to share some of the benefits that the co-operative does give to its members."

Wool Equities has 9000 shareholders, but not all are active sheep farmers. The Primary Wool Co-operative has about 1200 farmer owners.

Mr de Lautour said the ultimate goal would be to join forces with the other farmer-owned wool company, Wools of New Zealand, as well.

He says Primary Wool and Wools of New Zealand have spoken a number of times about that.

Wool Equities is the majority shareholder of the mill, which which spins wool into knitting yarns.

It was rescued from closure several years ago, but has been struggling financially.

Mr Heath said the deal with Primary Wool will secure a wool supply for the mill.

He said a big potential advantage to the Bruce Woollen Mill is wool supply in the door, when it is needed, and that will enable it to realise its potential in terms of servicing its customers.