The Forest Owners' Association supports the idea of an independent Climate Commission, which it says would reduce political tinkering with the Emissions Trading Scheme. 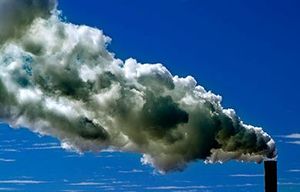 The Labour Party has proposed the Commission as part of its climate change policy, to advise the Government on how to meet its emissions targets.

The Forest Owners' environment committee chair Peter Weir said it would increase confidence in the ETS, which could work, but currently is not.

"The commission should have the powers to create policy and policy stability that would enable New Zealand to achieve those targets. It simply doesn't work under the current political construct."

Forest owners were the only emitters to be singled out in this way when the announcement came at Budget time, he said.

Mr Weir said the Government had agreed to reconsider that change, but forest owners are still waiting to hear if the Government will work with them on a solution.

"A large number of rather aggrieved post-1989 forest owners, with units sitting in their accounts, people that fully intended to exit the ETS because they were disillusioned with it, they've really got a stranded asset now."

Mr Weir said a realistic price for carbon is another key issue.

"When you've got a 10 cent cost of carbon, and at the same time of course you've got domestic energy users facing 15 to 20 dollars a tonne in their fuel bills and their electricity bills."