The sprawling national agricultural fieldays site at Mystery Creek near Hamilton has been a hive of activity as exhibitors get ready for the biggest annual event on New Zealand's rural calendar.

Most of the major structures are up, but preparations and fine tuning will continue into the late hours on Tuesday night, before the gates open on Wednesday morning.

The exhibition area covers about 50 hectares with more than 900 exhibitors on 1380 sites.

Fieldays chief executive Jon Calder said the demand for space kept growing and they were now working on plans for next year to increase the footprint even more.

"We've had an unprecedented level of demand from exhibitors this year, both from new exhibitors and existing exhibitors wanting additional space," he said.

"We created 28 new large outdoor sites that sold out almost overnight when they were put in for sale in mid-January and as a result we still have over 100 companies sitting on our waiting lists so we've certainly got our work cut out for us trying to create some space for them for next year."

The Fieldays will run from Wednesday to Saturday. 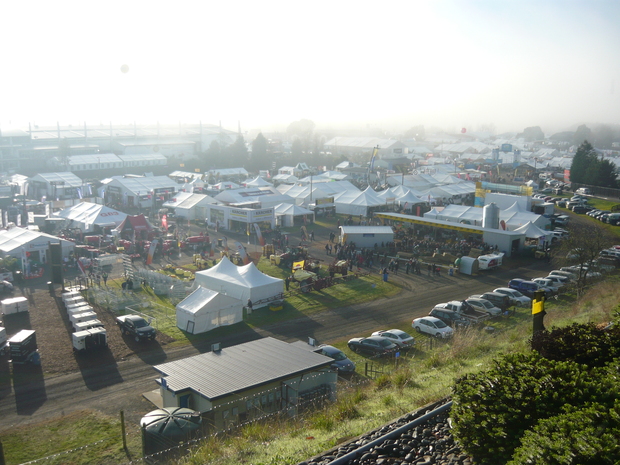 Part of the National Agricultural Fieldays site in 2013. Photo: RNZ