Paying farmers not to pollute waterways could be more effective than fining them when they do, a Waikato University economist says.

Professor Les Oxley, of the Waikato Management School, is looking into an alternative approach to protecting water quality through incentives rather than penalties.

He said an example might be compensating farmers to improve water quality by taking land out of production. 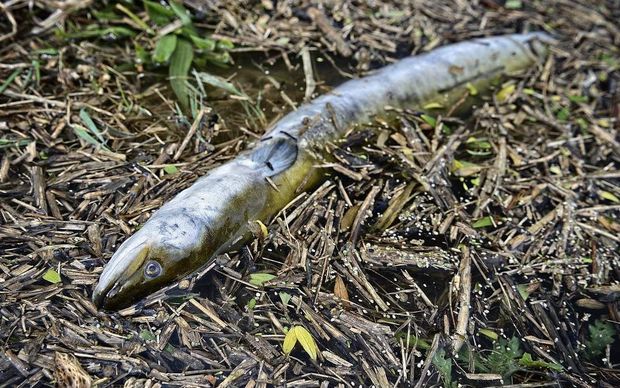 A dead eel floating on the shoreline of the polluted Manawatu River. Photo: PHOTO NZ