Forestry research institute Scion says a High Court ruling against the use of new breeding techniques for pine trees won't upset its current research programme but could be an obstacle to future research.

The Sustainability Council challenged a decision by the Environmental Protection Authority (EPA) that allowed Forest Research Institute Scion to use two new plant breeding technologies to grow pine trees that among other things would cope better with climate change, and be more disease resistant.

The technologies are decribed as molecular techniques that alter the genetic code of an organism, but without incorporating foreign genetic material into the genome of the cell.

But the High Court has ruled the authority misinterpreted the law and should not have approved the techniques. 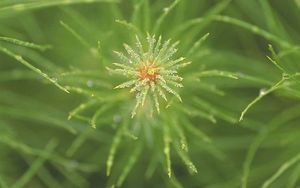 Scion said the court ruling put New Zealand at odds with regulators in other countries, including the United States and Australia, who said organisms resulting from those technologies were not regarded as genetically modified.

"This is the problem with the definition of what is genetic modification, because internationally most of the countries are coming out with opinions that this is not genetic modification," said Elspeth Macrae, the institute's manufacturing and biotechnology general manager.

"That's because it doesn't use DNA per se, it uses proteins and targets very early on in development and you will never be able to detect it. It will be just another variety and it will be a challenge to determine whether something has been changed because of this technology or by natural mutation."

Dr MacRae said Scion had not made a formal application to the Environmental Protection Authority (EPA) to use the technologies but had sought its opinion on the genetic modification question.

"We asked for their opinion because we were thinking ahead and we were watching the global development of technologies and could see that this was coming very quickly as an alternative technology.

Dr Macrae said there were no implications for the institute's current plans but the decision was is likely to have an impact on its planning for the future, unless there were further changes as a result of the court's judgement.

However, the Green Party agreed with the Sustainability Council that if the EPA's approval had been allowed to stand, it would have also permitted food crops using the same GE techniques to be commercialised without any need for public consultation.

The EPA said it was assessing the decision before deciding its next step.