Primary Industries Minister Nathan Guy says the Government has no plans to aid the struggling sheep meat industry beyond its existing commitments. 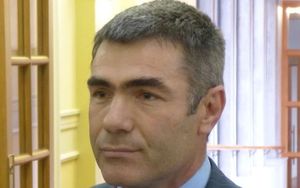 She said Southland and other regions were dealing with water quality issues as a result of increased nitrogen levels from intensive farming, particularly dairying, and having a strongly performing sheepmeat sector would reduce that environmental pressure.

Mr Guy said he reiterated to Ms Timms what he had previously told meat industry reform campaigners; he would not intervene in private meat company business but his door was open if the industry came to him with a coherent plan.

"I've also said that if a group like Meat Industry Excellence wants to organise an industry summit to get the key players around the table, I'm happy to be involved in that process as well," he said.

"So long as we've got a clear, coherent plan going forward. What the industry doesn't need is just another talkfest."

Mr Guy said the Government was supporting the red meat industry through sharing the $326 million cost of research and innovation projects to lift its performance.